Evanston is a diverse city bordering Chicago, but its neighborhood patterns still show the effects of previous housing discrimination. During the 1970s, to counter these patterns in its schools, the local public school district began busing students from the city’s predominantly Black central core neighborhood away to outlying schools.

This increased diversity in those schools, but it also caused other problems. It deprived the central core families of the many social and cultural benefits of having their own neighborhood school, and it placed an inordinate daily burden of travel and lost time on the bused Black students.

Over the decades, central core families increasingly called for development of their own neighborhood school, but because the school district had permanently closed and sold off the old school, the cost for developing a completely new school was substantial. By 2012, after a major political effort, a tax referendum for a new school failed.

By late 2020 when we began our work, with costs even higher and local politics little changed, the prospects for a new referendum remained dim.

The central core families sought a new, high-quality, public neighborhood school. Period. How that might be accomplished was a mystery, but they wanted it done for their children and community now.

The challenge was simple yet unprecedented: How to pay for a new public school, but

There was no roadmap. This had never been done before.

Our solution – using no tax referendum, no tax increase, no fund raising, without causing other school closings, and without burdening the district’s finances – provides for a completely new, high-quality neighborhood public school. And it restores many of the social and cultural amenities that had been lost, while adding a few new ones in a larger community campus.

Based on our solution, the school district in early 2022 unanimously approved the new neighborhood school for the central core community. 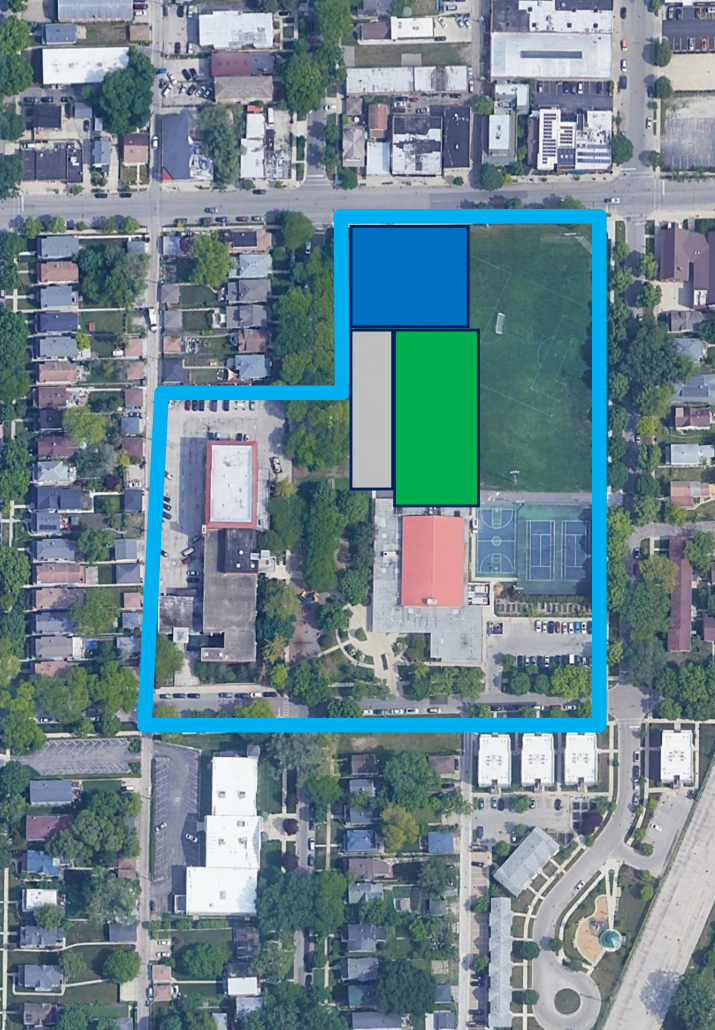