Why would a nationally-honored “Green Ribbon Award” school require hauling 720 million pounds of steel uphill every year? This bothered me.

We were working with this charter school to develop an amazing new campus on some hilly acreage next to a lake – a perfect setting for their environmental theme. Our Nonlinear solution for this new campus was one of our best, but that’s a story for another day.

While we worked on solving the bigger issues (eg, how to pay for everything while keeping it carbon neutral), I looked at the campus access. What troubled me was all the wasted energy for moving those 720 million pounds uphill every year …

This school would be no different than most in how its 500 students came to the campus and later went home – in cars. Every day, twice a day, a car would come to the campus for each student, and the school year lasted about 180 days. Since the average car in the U.S. weighs two tons (4,079 pounds, to be precise), a little math added that up to 720 million pounds of steel and glass annually climbing that hill by the lake. I suppose we could have calculated the gasoline consumption, but the point was to consider the waste and try to reduce it.

Of course, we came up with obvious ideas such as ride-sharing, bicycle use, electric cars, home schooling (not really an option, but admittedly no wasted transportation), and my favorite – walking.

The fun idea, though, involved the hill and the lake, in a mildly practical but very educational solution.

An Unusual (and Educational) Solution

After each car had climbed the hill, which was about 20 feet above the lake level, it would roll onto a simple platform connected to a hydraulic cylinder. Simply using gravity, the two-ton car would be gently lowered about two feet, which in turn would generate enough power to draw water up from the lake via a system of pumps.

That water would be detained in a series of ever-higher reservoirs. Then, during the course of the school day, a small stream of water (inside a pipe) would flow back into the lake, turning a micro-hydroelectric generator. Why not? The cars were going to climb that hill anyway.

During all of this, the water would never be contaminated or heated (making its return to the lake completely neutral) – the water would serve only as a moving weight; a transference of potential energy into a poised/stored position before gravity returned it to the lake while generating electricity. 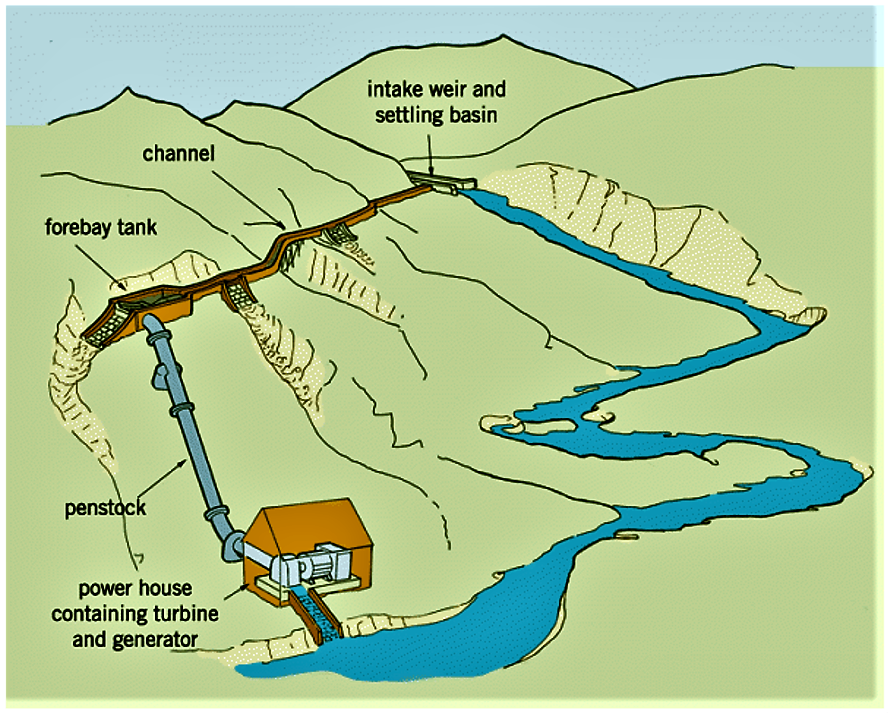 Our system was a similar concept to the “Run of River” hydroelectric scheme (as pictured here), but using lake water and a system of pumps to lift it up, instead of diverting an already flowing water source.

The amount of generated electricity would be quite small, actually, but the educational value would be significant.

Sadly, due to local politics, that school ultimately decided to close and return their charter before we could develop the campus or the cool micro-hydroelectric system. Damn.

But I still like the idea of our little system using gravity and water to steal energy from those 720 million pounds of steel and glass.

Want to join the discussion?
Feel free to contribute!